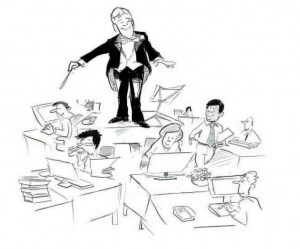 There was a most important job that needed to be done,
And no reason not to do it, there was absolutely none.
But in vital matters such as this, the thing you have to ask
Is who exactly will it be who’ll carry out the task?

Anybody could have told you that Everybody knew
That this was something Somebody would surely have to do.
Nobody was unwilling; Anybody had the ability.
But Nobody believed that it was their responsibility.

But Nobody told Anybody that we are aware of,
That he would be in charge of seeing it was taken care of.
And Nobody took it on himself to follow through,
And do what Everybody thought that Somebody would do.

When what Everybody needed so did not get done at all,
Everybody was complaining that Somebody dropped the ball.
Anybody then could see it was an awful crying shame,
And Everybody looked around for Somebody to blame.