Assertiveness is important skill for teamwork

Assertiveness is one of the most important skills for teamwork, the presence of which – or lack thereof – we only notice once the situation has gotten tense, interpersonal relationships are on the brink, differing opinions among teammates abound and emotions are boiling.

People often say to that: “Oh, well, they were a really difficult person!” However, there are no difficult people, but instead there are a lot of people we simply don’t understand or don’t want to understand, who we don’t know how to interact with or how to use properly in a team. This is where self-assertion i.e. confident style i.e. taking one seriously comes in.

How can one be sure that arguing is not counterproductive?

So-called difficult people have a specific useful role in a team, provided they are adequately guided, appropriately interacted with, and are not expected to do what they are not going to do anyway.

Assertiveness: First chance for finding the truth and coming to an agreement.

Arguing is especially important to people who can’t start to really think about and process things until they’ve had a chance to thoroughly debate a topic and exchange viewpoints and ideas. To some, arguing is a meaningless waste of time, to others an important part of the process without which it is not possible to find the right solution. I view arguing as the other side of the coin that is peoples’ much more important strengths. This way, arguing can be seen as an allowable weakness, which is easier for others to accept as a very human quirk that needs to be dealt with properly. However, healthy arguing should not be confused with a debate, in which the superiority of one side’s arguments needs to be better than those of the opponent’s. If one side loses and the other wins, it is bad for the team as a whole. If we look at arguing as a livelier form of the debate, in which it is not important to declare a victor, but instead to find better ideas and solutions, we get something that benefits the entire team. It is just important to remember that it is not okay to become offensive or disparaging in any debate or argument.

People who by nature are proper arguers will get results. Fast.

These people are admired for their ability to get things done and make people work. However, the tactics they use are not appreciated by everyone. They are wound-up extroverts who are not afraid to be forthcoming and candid about their views and ideas. They bring a lot of energy into a team and add to the tempo. They make a mark for themselves because they are achievers who overcome obstacles and bring others along with them. On the other hand, though, they often come across as aggressive. Just as too many cooks will spoil a stew, too many arguers will sour a healthy work environment. If they are not careful, they might win a battle or two, but eventually lose the war. They need companions, who help to alleviate tensions, play the role of a moderator when the need arises.

Assertiveness is a healthy way of communicating. It’s the ability to speak up for ourselves in a way that is honest and respectful.

In order to deal with Shapers, one must show them understanding and helpfulness, should their restive nature become a problem. One should also always complete the tasks that are demanded of them. There is no point in trying to deviate from these demands, nor in trying to argue with the Shaper who sets them. Setting forceful boundaries does not help either. Instead, approach them with a request for their aid in solving a difficult problem. Help them to see opportunities themselves and give them free reign (within reason, of course). Learn to trust them and you have gained an irreplaceable team member.

Is silence the same as ignoring someone?

How to be sure that silence is not the same as ignoring someone?

Assertiveness: Second chance for finding the truth and coming to an agreement.

Silence is a style of finding the truth that is markedly different from the style of the arguer but is as important to a team’s functioning. These people tend to be rational and analytical. They are capable of differentiating facts from assumptions and make decisions that work best, all without being distracted by others’ emotions. They coldly scrutinize new ideas from every angle. They are perfectionists who strive towards big goals. Although they can be very critical and often sceptical, they provide an approach to problems that is based on logic, which prevents unwarranted enthusiasm. Without these types of team members, too many ideas, even unrealistic ones, get too much traction and end up costing both time and money. These people are just the right ones for making decisions because they are emotionally detached from the process.

In order to deal with Monitor-Evaluators, one must consult with them during decision making and ask them questions to get them to talk. Don’t discourage them through enthusiasm and peer pressure, and don’t expect speedy decisions. Provide them with information in a logical, structured and fact-based way and give them enough time to come to a decision. Become used to these critical worldviews. Learn to trust them and you will have gained an irreplaceable team member.

Pouting and consistency are similar in terms of spent energy and behaviour, but their evaluation depends on your point of view. Sulky people tend to be inflexible about their opinions and express this through seemingly endless denials in the style of: “we can’t do that because…” or “that can’t be done because they…”. Sometimes they don’t provide any arguments whatsoever and just take the stance that something “cannot be done, period”. Consistency, on the other hand, works based on goals and agreements, and knows that there is always a solution to be found for problems. “If this doesn’t work, then that will. And if that doesn’t work either, then something else will.” This is where assertiveness and a confident style become indispensable skills.
Assertiveness works best when agreements are mutually beneficial, even if that is not always how it ends up working.

Read more on the topic 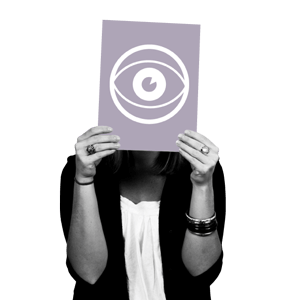 The biggest skeptic is the best decision maker

One thing is for certain – skepticism is a trait both positive and necessary for a team! The reason many of us see skepticism in a negative light arises from a skeptic’s difficulty in communicating pleasantly and diplomatically. In order for a team to make the most out of their skeptic, they must first be discovered, then understood and finally communicated with in the proper way.

There are much more than just Shaper type of people. All of them are useful and very positive if you can understand their real contribution to the team with their strengths and weaknesses …