Optimist: I would say the glass is half full.
Pessimist: If you ask me, it is half empty. But who is going to pay for it?
Optimist: We could go Dutch…you pay for the half full part, I will pay for the half empty part.
Pessimist: OK. So it means only I pay for the drink?
Optimist: You get to pay for me mate … look at the bright side?
Pessimist: What bright side? The pub is dim lit … you dimwit.
Optimist: Gosh … it was just a phrase. Are you a pessimist.
Pessimist: No way. I come from a very optimistic family. One of my uncles was be-headed by the Taliban in Afghanistan … and he still believed he had a 50-50 chance. The stupid Indian Embassy people put him in a coffin … and he died of asphyxiation.
Optimist: That’s nothing. My uncle would call that pessimism. Two days before he was to be hanged for murder … he joined VLCC Fitness Center.
Pessimist: OK … I lose.
Optimist: Look at me … I even fill the Hindu crosswords in ink.
Pessimist: What? I am surprised you even fill them … I don’t event attempt them.
Optimist: You should try. Give up smoking … and spend that time looking at the crosswords.
Pessimist: I gave up hope.
Optimist: That’s not the same thing mate. By the way, yesterday I saw an advertisement for Polo – a mint with a hole.
Pessimist: Yes. I saw the advertisement too…but I could only see the hole. 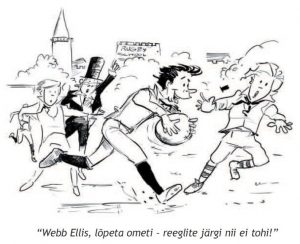